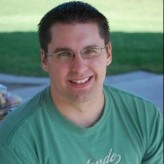 ‘Twas the night before Christmas and all through Gotham City not a creature was stirring, except for The Batman and 8 deadly assassins out to kill him. If they succeed, they take home the ultimate gift, a 50 million dollar…

The trifecta of Battlefield 4, Call of Duty: Ghosts and Titanfall loom on the horizon. All three of these titles have one thing in common: they’re all multiplayer focused.

Some fairy tales aren’t meant for children and not all of them have happy endings. Brothers: A Tale of Two Sons is one such tale. Brothers features a story of loss, adventure, love and eventually: coming of age. Brothers manages…