Throughout the years, gaming has seen some of the most amazing heroes. With characters like Link from The Legend Of Zelda, Cloud from Final Fantasy VII and even those two plumbers (it’s not Bowser and Luigi is it?) games have always had excellent protagonists. However, what about the Villains? It may be one thing to have a great hero for your games, but to have a unique and interesting antagonist, that’s a pretty difficult task. I’m going to try my best to avoid the obvious choices that people would assume will appear on this list, that’s right, there’s no Ganondorf or Bowser in this article. So it’s now to my utmost pleasure to give you my very own “Best Villains In Video Games”. 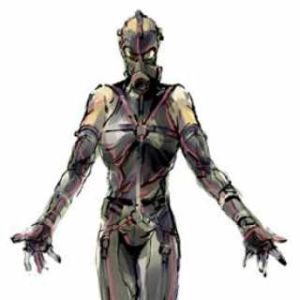 Why do we love him? He could read our minds! Well kinda.

Why do we hate him? He was a pain in the ass to beat.

What’s not to love about Psycho Mantis. He was an amazing Villain and a pretty damn memorable one too. Back in the early days of the PlayStation, when I finally played Metal Gear Solid for the first time,  I was in sheer awe of little old Mantis. He started of this amazing boss fight by showing me his telekinetic powers by reading my memory card and talking about my Castlevania: Symphony Of The Night saves, back in 1998 this was extremely innovative and nothing like this had ever been done. This however, wasn’t all Psycho Mantis had up his sleeve, he actually had the ability to read our minds; well no, not really, but he did know when I was going to attack him and managed to dodge every single attack that I threw at him.  Beating Psycho Mantis took me forever to figure out, I spent countless hours trying to hurt the guy to no avail. Through trial and error though, I figured out that I simply had to put the controller in Port 2 and then I finally got to show Psycho Mantis a piece of my mind. 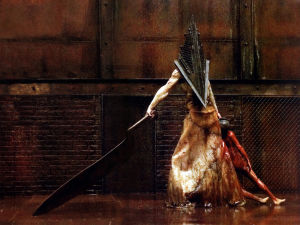 Why do we love him? His huge knife, heads stuck in a cone.

Why do we hate him? He’s as scary as they come.

As children, we were all afraid of the Boogeyman, and the closest we will hopefully ever come to this creature is most likely Pyramid Head, a tall monster with a pyramid shaped object attached to it’s head and also wielding a huge knife.. One of my scariest memories in gaming is of Silent Hill 2, in which we encounter Pyramid Head for the first time, standing watching us from behind a row of bars in the Woodside apartments. I was terrified, especially shortly after when I triggered a scene in which Pyramid Head is having his way with one of the mannequins whilst the player hides in a closet. I’m pretty sure most fans of the Silent Hill series will agree with me for using Pyramid Head as one of my choices, he is just downright terrifying and let’s not forget that boss-fight were we face off against two of him. Eek. 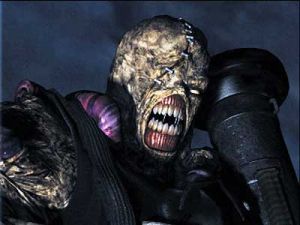 Why do we love him? His Bazooka is awesome.

Why do we hate him? His random appearances.

Resident Evil 3 has always been a very memorable game for me. It was the first game that actually scared me so much, I had to watch my father play it. This of course, was all thanks to Nemesis, a huge monster that looks like it had been pumped full of steroids and who also flaunted a massive scar down its face, which not surprisingly, terrified me to death. From the moment we first encounter Nemesis outside the Police Station, I knew finishing this game would be a task, one which I would have to avoid completing until I was older. Anyone who has played Resident Evil 3 when it first released would of course be aware of how nerve-racking this game was back in the day. Nemesis had the tendency to randomly appear throughout the course of the game, usually in times when your ammunition was low and thus creating even more tension. To make matters worse, the only sense of safety in previous Resident Evil games was in the Save rooms, but in Resident Evil 3 we had Nemesis completely change our expectations by appearing in our moment of sanctuary. You were never safe in Resident Evil 3 and that’s why Nemesis will always be one of my favorite Villains in video games. 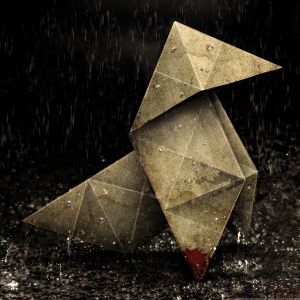 Why do we love him? We don’t know who he is until the end.

Why do we hate him? Killing kids is not cool.

I bet you’re surprised to see The Origami Killer listed but I must admit, he is an excellent Villain. Let me get it clear, The Origami Killer is a child murderer, he kidnaps the child, lock’s them in a storm drain allowing rain water to build up over the course of a few days until it eventually drowns them. He then sends the fathers of the children an envelope with directions to follow and they must then complete a certain set of torturous trials to receive the next bit of information regarding their child’s whereabouts. The trials resemble something you would see in the Saw franchise, but with Heavy Rain it hit’s a whole different nerve, it really plays on your emotions. I would urge any gamers who have not played this amazing game to go out and buy it immediately and hopefully you will agree with my choice! 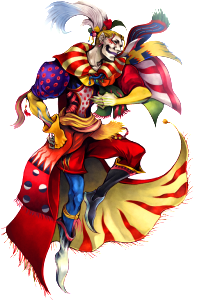 Why do we love him? His odd humor, dress sense.

Why do we hate him? He is actually insane.

Let me just get this straight, Kefka from Final Fantasy VI is the definitive Villain. He is the pinnacle of insane, within a few hours of starting Final Fantasy VI we witness a laughing Kefka destroy an entire Kingdom by poisoning their water supply. Kefka was Orphaned at a young age, and he had finally worked his way through the Imperial Military Academy, graduating at the top of his class.  He then went on to serve the Empire as a military officer, and during his career he proved himself to be an excellent strategist and a genius on the battlefield, winning countless battles and advancing through the ranks until he was one of the Emperor Gestahl’s top Generals.  However, Kefka longed for greater power and midway through the game he does what no other Villain has done before, he succeeds in destroying the world.

The Unfair War Against the AAA Publisher